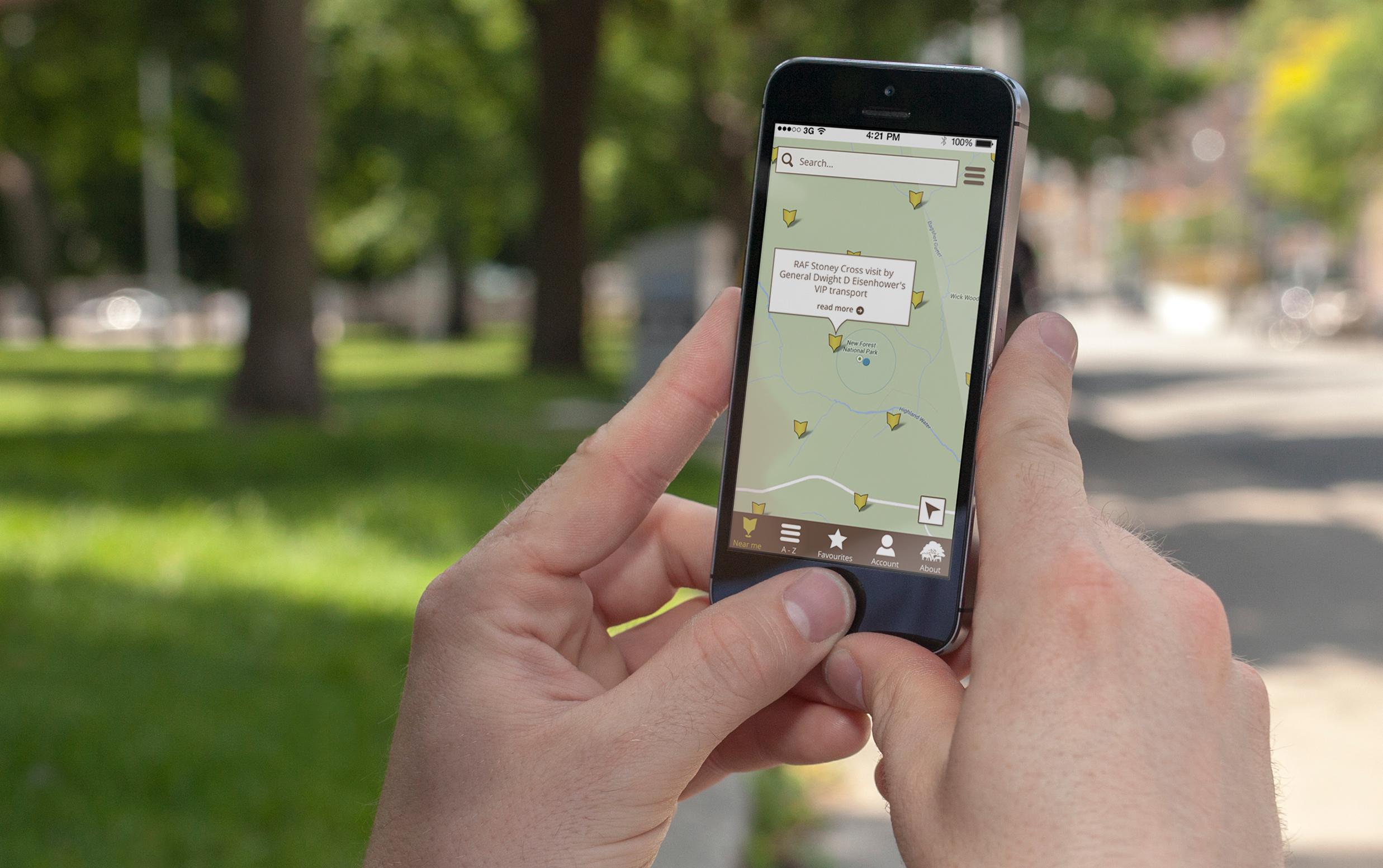 The New Forest National Park this week launched its new app for Android and iOS devices. Designed by Imaginet, the free app provides information about the New Forest during the time of the Second World War and draws on New Forest National Park’s already established online digital archive. Called ‘New Forest Remembers WWII’, the app is designed to be a gateway to a wealth of facts and memories provided by expert analysis and user-generated content concerning World War II.

The most significant feature of the app is the ability to access, while wandering the New Forest, site information about the history under your feet, in that pillbox or behind that large mound. A ‘Near Me’ icon on the map makes the job of finding out what’s on your doorstep or just around the corner very easy.  Features of the app include:

Commenting from their offices in Cardiff, Nigel Roberts, managing Director of Imaginet said:

"We've been working with the New Forest National Park for many years and this new app is a superb addition to their portfolio of digital resources."

Download the mobile apps, in iTunes or Google Play.